The Alberta Government released its Cannabis framework, which can be found here.

Alberta is proposing that 18 be the minimum age to use cannabis. The province however has not decided if Cannabis will be sold through government-owned stores or through private businesses or both.  when new laws legalizing recreational marijuana use kick in next summer.

Some other key components of Alberta’s frame work are: 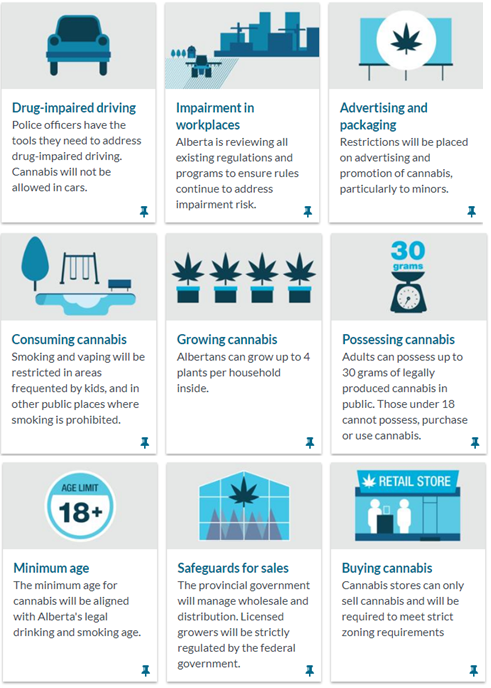 The Government of Canada has introduced legislation that will make cannabis, or marijuana, legal in Canada by July 2018. The Government of Alberta has received valuable input from Albertans and experts to help inform what cannabis legalization will look like. More than 45,000 people took our first online survey, and about 100 organizations took part in roundtable meetings or provided written submissions.

Public feedback can be made here.

If you are unable to visit the website, you can email the Cannabis Secretariat via acs@gov.ab.ca.  The deadline for all replies is Friday, October 27 at midnight.